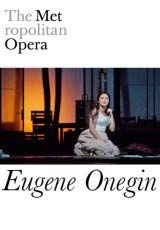 A co-production of the Metropolitan Opera and English National Opera