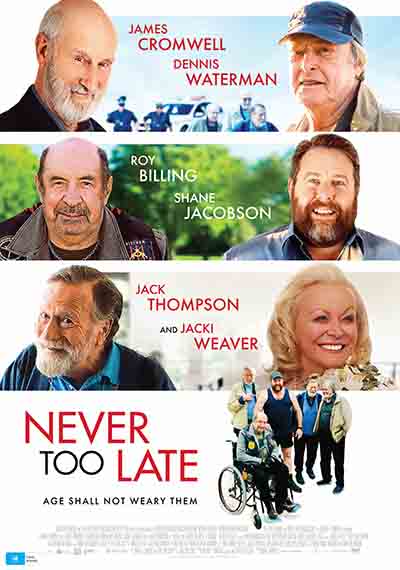 ‘I love the smell of mothballs in the morning’

When a nursing home stands in the way of a 50-year courtship, four grumpy old Vietnam Vets unite to re-enact the great escape. They may have lost their memory and speed, but these renegades prove it’s never too late for new adventures, even if you have to break rules to break free.

This riotous story of four heroic Vietnam veterans, famous for escaping from a POW camp find themselves sharing new prison Hogan Hills Retirement Home. Each of the men have unrealised dreams they want to achieve before it’s too late. So once again, they band together to devise a plan to escape the nursing home from hell. After so many years
apart these mates teach each other that it’s never too late, no matter how old you are, to chase your dreams.