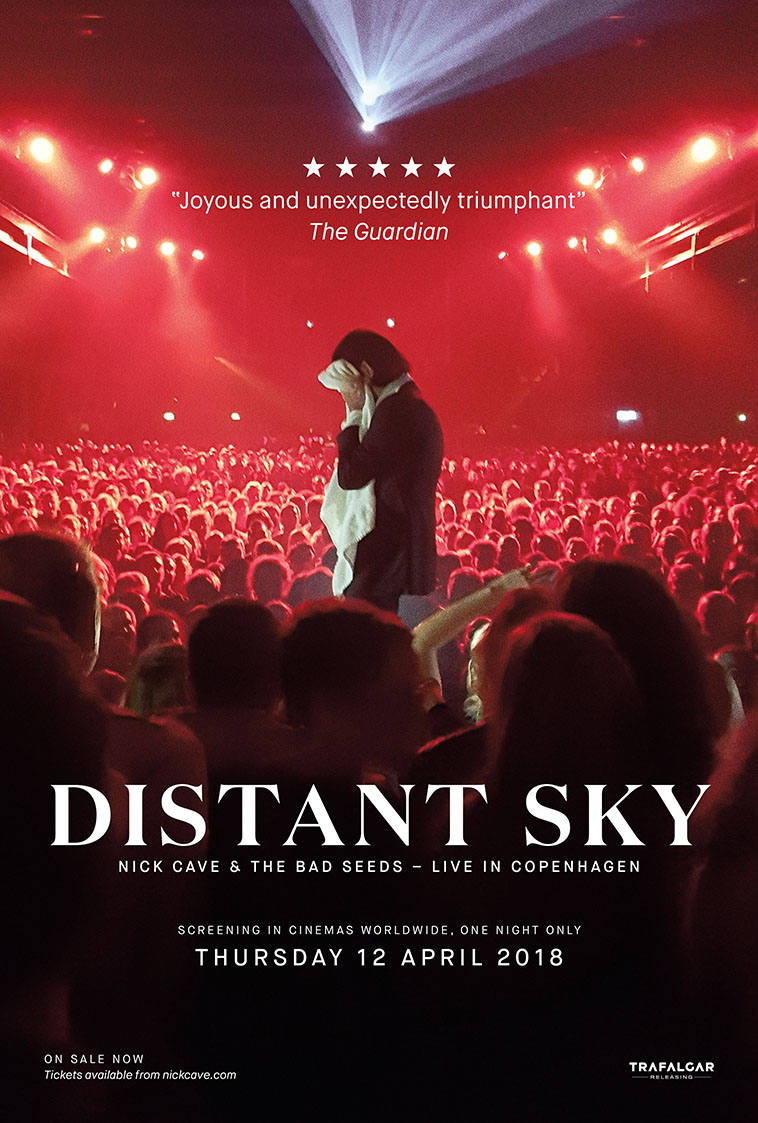 One More Time With Feeling

A unique one night only cinema event, directed by Andrew Dominik, this is the first ever opportunity anyone will have to hear Skeleton Tree, the sixteenth studio album from Nick Cave & the Bad Seeds – immediately prior to the release of Skeleton Tree the following day.

Originally a performance based concept, ONE MORE TIME WITH FEELING gradually evolved as Dominik delved into the tragic backdrop of the writing and recording of the album. Interwoven with performances of the album tracks are interviews and footage, accompanied by Cave’s narration and improvised rumination, resulting in a fragile, raw and a true testament to an artist trying to find his way through the darkness.