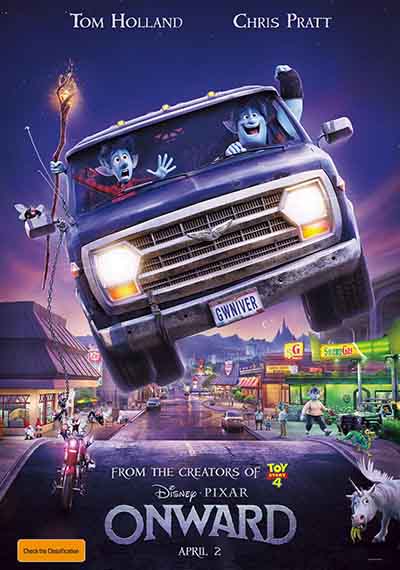 Disney and Pixar studios are renowned for their emotional storytelling, world class animation and creating stunning worlds for us to immerse ourselves in and their upcoming release is no exception.

Inspired by director Dan Scanlon’s relationship with his brother, Onward is set in a suburban fantasy world, with two teenage elf brothers who embark on an extraordinary quest to discover if there is still a little magic left in the world. Featuring an amazing cast that includes Chris Pratt and Tom Holland, which has been carefully selected to bring the characters to life.

Korie Rae, one of the directors and producers, says that Chris Pratt brings his “huge heart and fantastic humour to his character” whilst “Tom Holland has an infectious charm and sincerity that makes you root for him in every character he plays”. Julia Louis-Dreyfus and Octavia Spencer also join the cast.