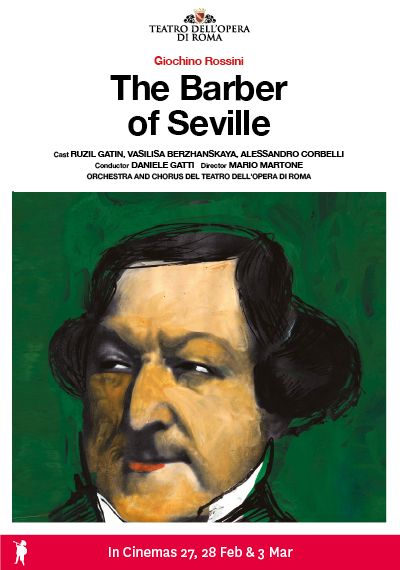 Conceived during lockdown exclusively for television and cinema broadcast, this hugely successful new production of Rossini’s comic opera is the work of acclaimed film and stage director Mario Martone, who innovatively transforms the grand Teatro Costanzi theatre itself into a film set!

The story of Rosina (Vasilisa Berzhanskaya) and the Count of Almaviva (Ruzil Gatin) who became entangled in their romance behind the back of the sullen Don Bartolo (Alessandro Corbelli) plays out in a completely empty theatre; the performers leave the stage and take the¬ plot to the stalls, corridors, stairs, the royal box and even out to the piazza outside…. Conducted by Opera di Roma’s music director Daniele Gatti, the cast also includes Andrzej Filończyk in the title role and Alex Esposito as Don Basilio.