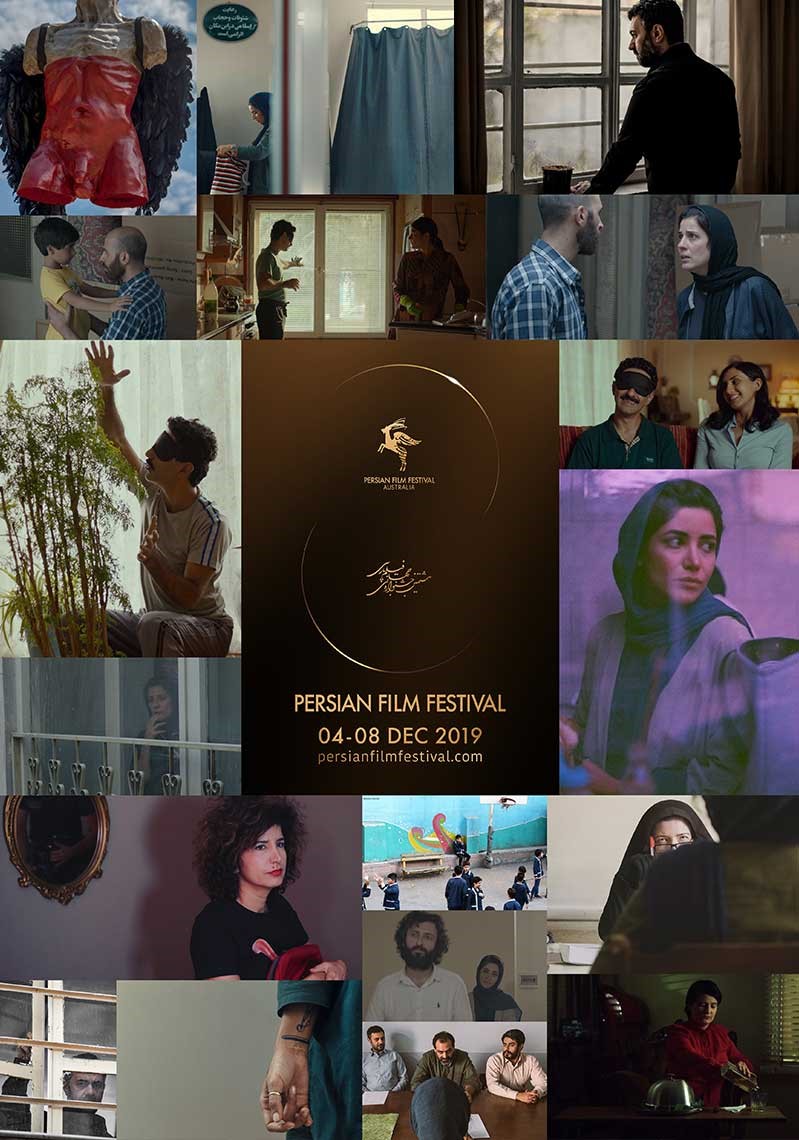 TATTOO
Farhad Delaram
Thinking it would be a simple process of filling out paperwork to renew her driver's license, a young woman encounters a roadblock when an official’s line of questioning take a turn.

THE MANCHADOR
Kaveh Tehrani
Mina and Saeed live a stressful life in the Iranian capital, Tehran. Being a woman in Iran is not particularly easy and Mina sees a future for the family elsewhere. She wants to move abroad, but Saeed then invents a device that places the responsibility for the hijab where it belongs – with the men, whose gaze women need protection from. The Manchador is a satire about life in modern day Tehran, seeing, our senses, and spirituality

DISSECT
Siavash Shahabi
After death of a twelve year old boy in school, Awareness police will enter the school to investigate the case. School officials and students involved in this stance and And each one should be interrogated to clarify the real dimensions of the story.

STAIRCASE
Mohsen Banihashemi
Ahmadreza and Saeedeh are divorced and Ahmadreza remarried to Mahshid, his ex-wife's best friend. Ahmadreza, who is about to leave with his new wife, wants the custody of his son, so Saeedeh tries to hide the child before the next hearing. Ahmadreza finds out and goes to her, deciding - after a bitter argument - to take the child away.

THE PRIVATE PART (Q&A with Filmmakers)
Faezeh Alavi
Zoe, a Hungarian woman, has come to Australia to be reunited with her husband, Andreas, who arrived earlier to settle in and establish a home for them. Andreas soon reveals that he is gay, and a furious Zoe plans to take revenge but it all goes horribly wrong. She tries to kill Andreas but he kills her instead, and keeps her corpse in the house. The story starts with Zoe's dream after her death and ends with her husband's nightmare in real life.