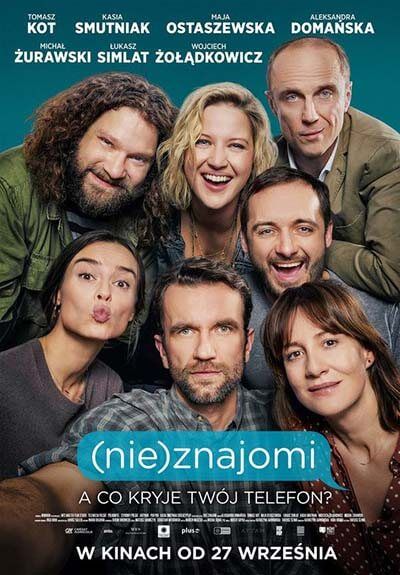 First was the Italian original, then the Greek version came out a few months later. Then the Spanish, French, Turkish, South Korean and Mexican versions. All in all, "Perfect Strangers" has been remade 17 times since 2016. The film is a world phenomenon and in July 2019 it was included in the Guinness World Records as it became the most remade film in cinema history.

In this Polish adaptation, just as in the original Italian box office hit, seven friends play an innocent game during a dinner party. They place their mobile phones on the table and agree to make all texts and calls public to prove that they have nothing to hide.

NOTE: No English subtitles! Exceptionally due to licensing restrictions this film will screen only in Polish.