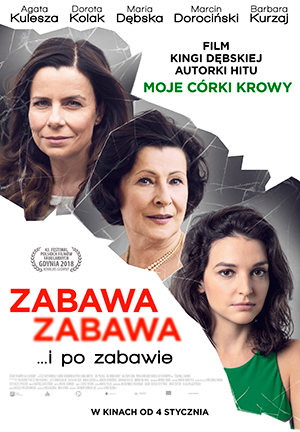 From the director of the well-received These Daughters of Mine (PFFP 2016 opening film), a poignant new drama with brilliant performances by Agata Kulesza, Dorota Kolak and Maria Dębska. A stirring story of three women: a respected sixty year old child surgeon, a well known prosecutor in her forties and a young professional who are at the top of their game and on the brink of collapse at the same time. They have little in common apart from one weakness that step by step brings them to the point of almost losing everything they worked so hard for.