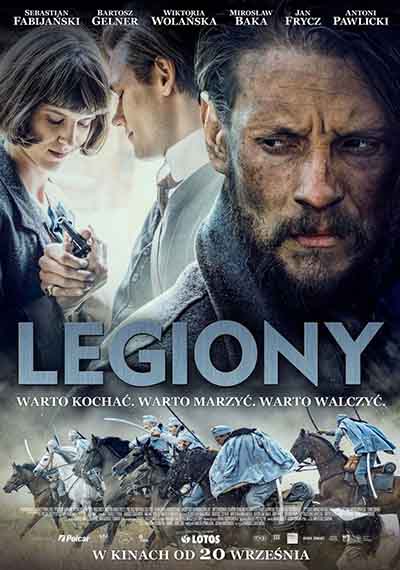 One of the most expensive Polish film productions of all time, THE LEGIONS follows a love triangle set against the backdrop of the heroic struggle of Polish Legions to win independence from Tsarist Russia.

A story of love, friendship, big dreams and entering adulthood in the early years of World War I. Shot on a grand scale, THE LEGIONS is an epic tale about the generation of 1914-1916 Polish Legions who fearlessly threw themselves at Russian cannons in the fight for Polish independence. Armed struggle is the background for a love triangle unfolding between Józek, a Tsarist army deserter who joins the emerging Legions, Ola, an intelligence agent for the 1st Brigade and her fiancée, lancer Tadeusz Zbarski.

THE LEGIONS portrays fictional characters whose fates are based on the lives of real legionnaires, while also featuring many historical characters including brigadier Józef Piłsudski, future Marshal and leader of independent Poland.