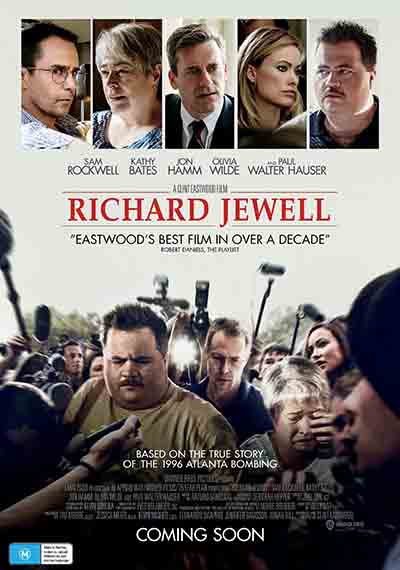 “There is a bomb in Centennial Park. You have thirty minutes.” The world is first introduced to Richard Jewell as the security guard who reports finding the device at the 1996 Atlanta Games bombing—his quick thinking making him a hero whose swift actions save countless lives. But within days, the law enforcement wannabe will become the FBI’s number one suspect, vilified in the court of public opinion, his life ripped apart.

"Has there been a time since the Man With No Name first rode into town when Eastwood wasn't at the top of his game? Don't believe me? Check out Richard Jewell."