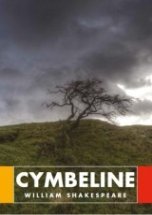 Cymbeline is ruler of a divided Britain. When Innogen, the only living heir, marries her sweetheart in secret, an enraged Cymbeline banishes him. Distracted by Innogen's marriage Cymbeline is blind to the actions of a powerful figure behind the throne who is plotting to seize power by murdering them both.

In exile Innogen's husband is tricked into believing she has been unfaithful to him and in an act of impulsive jealously begins a scheme to have her murdered. Warned of the danger, Innogen runs away from court in disguise on a journey fraught with danger that will eventually reunite Cymbeline with a lost heir and reconcile the young lovers.

Shakespeare's rarely performed romance is directed by Melly Still who designed Tales from Ovid and Midnight's Children for the RSC and whose directing credits include The Cunning Little Vixen for Glyndebourne Opera and Coram Boy for the National Theatre. Melly directs Gillian Bevan in the role of Cymbeline, the first woman to take on the role for the RSC and making her RSC debut in the role of Innogen is Bethan Cullinane (King Lear, 2013 Globe Theatre).