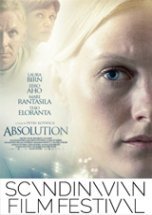 In the spirit of recently praised Nordic fare, this is a thrilling portrayal of guilt and revenge starring 2014 Festival guest Laura Birn, and Mari Rantasila who won Best Supporting Actress for this performance at the recent Jussi Awards in Finland.
Kiia (Birn) and Lauri (Eero Aho) are speeding down a dark country road, anxious to reach the hospital with Kiia in premature labour. When their car hits something, Lauri goes out to investigate, but tells his wife he saw nothing. They rush to the hospital and Kiia gives birth to a healthy baby boy. While in the hospital Kiia meets Hanna (Rantasila), a woman whose husband is in a coma, the victim of a hit-and-run driver. Kiia befriends Hanna and tries desperately to help her without revealing her role in the accident. However, the weight of conscience and the investigation perpetuate a nightmarish downward spiral on the couple which proves unstoppable.
Partly inspired by Finnish writer-director Petri Kotwica’s own experiences following a road accident, this tense drama handles the complexities of the situation with great skill, culminating in an astonishing climax.