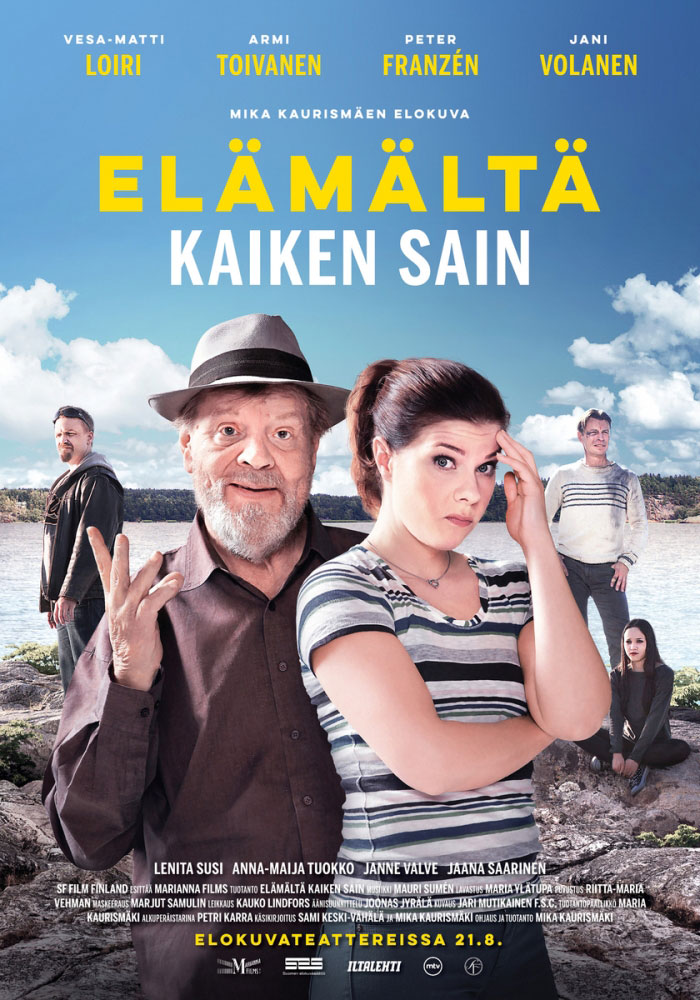 Tiina (Armi Toivanen, 2015 Festival hit 21 Ways to Ruin a Marriage) convinces boyfriend Tomi (Peter Franzén) to leave the frenzied city of Helsinki behind and move back to Tiina’s native coastal hometown in order to revive her relationship with her estranged father Urho (Vesa-Matti Loiri) and consequently, by surrounding herself in her childhood landscape, find her true-self again. The grand plan seems ideal – until life hits the fan.

The wholesome home-life Tiina remembers so fondly has been taken in a somewhat liberal direction. Concerned by her father’s adopted bohemian lifestyle, Tiina, together with her new family, decides to go one step further and move in with him. However, the coexistence doesn't go as smoothly as Tiina had hoped.

A decision to renovate the dilapidated house turns out to be a difficult task for family members lacking trade skills – namely everybody – and Urho resents being mollycoddled. Any final hope of harmony is destroyed by hired handyman Kake (Jani Volanen), who turns out to harbour plans of his own that have nothing to do with renovating the house. Veteran Finnish director Mika Kaurismäki offers a delightful take on the dysfunctional family that celebrates difference in ways both hilarious and touching.