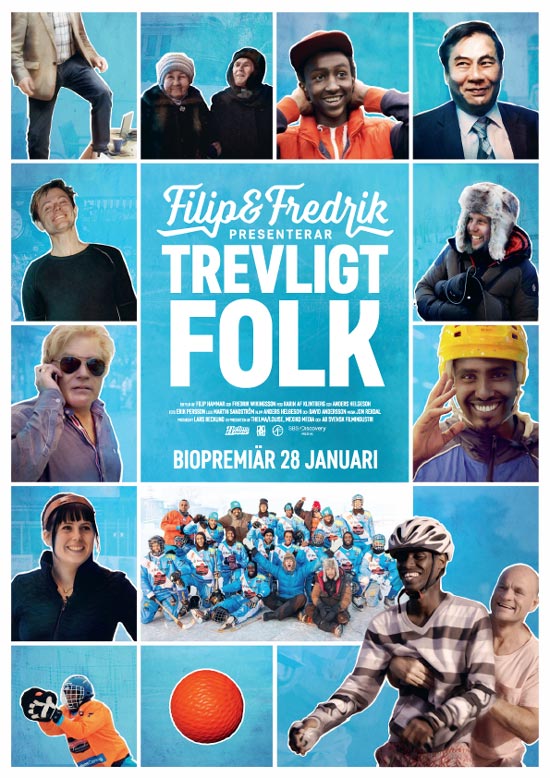 In this real-life “Cool Runnings” the predominantly white community of the rural Swedish town of Borlänge (whose town slogan is “Nice People”) is confronted by the influx of Somalis who have fled war and come to live in Sweden. Integrating has proven difficult, so entrepreneur Patrik Andersson decides that all the Swedes and Somalis need is something in common to bring them together, and so he encourages them to learn Bandy (a cross between ice hockey and soccer) with the goal of becoming the first ever Bandy team to represent Somalia at the Bandy World Championships in Irkutsk, Russia, even though they have never skated in their lives!

It seems like an impossible task, but ever-enthusiastic Andersson is convinced that it will help these men become a part of Borlänge and with his charm and connections and a love of PR, the impossible soon becomes anything but. This highly entertaining and touching documentary follows the team as they live and train in Borlänge, coached by legendary former bandy player Per Fosshaug and Cia Embretsen, and accompanied and commented on by the well-known Swedish duo of entertainers Fredrik Wikingsson and Filip Hammar.