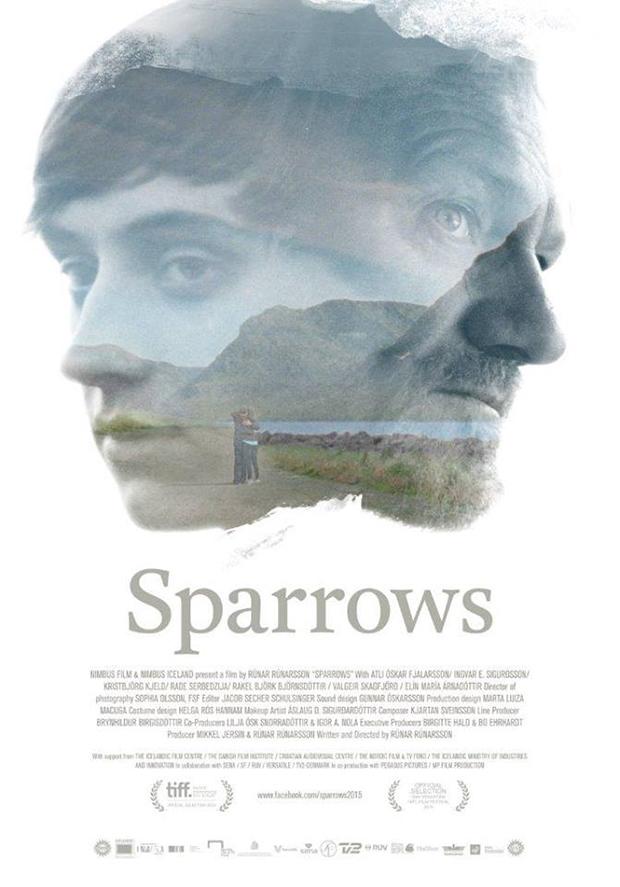 After ruminating on old age in Volcano (2012), Academy Award™ nominated filmmaker Rúnar Rúnarsson turns his attention to the other end of the mortality spectrum, this time a young boy’s tremulous transition to adulthood against the darker side of small town life.

Ari (Atli Oskar Fjalarsson) has no choice but to return to his hometown – a remote village in Iceland’s Westfjörds – when his mother leaves Reykjavik for Africa with her new husband. Lumped in the care of his degenerate, alcoholic father, Gunnar (Ingvar Eggert Sigurđsson), Ari finds solace in the company of his grandmother and a former friend, Lara (Rakel Björk Björnsdóttir). But, when tragedy befalls him and he suffers at the hands of Lara’s boyfriend – the town bully – Ari is pushed to take his first steps into manhood.

A sumptuous visual feast, Sparrows casts the harsh, beautiful surrounds of Westfjörds as a character itself, and seethes with a sinister undertone thanks to a mesmerising score by former Sigur Ros keyboardist Kjartan Sveinsson.