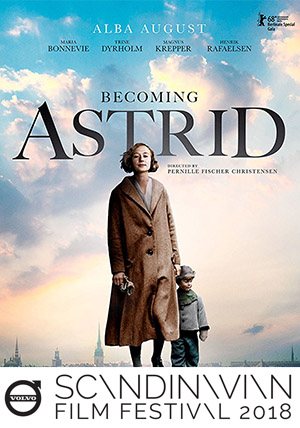 Astrid’s talent as a writer became apparent in her youth, earning her an internship at the local newspaper in Vimmerby, Sweden, by the tender age of 18. Working for charismatic editor Reinhold Blomberg, who shares her belief in freedom, modernity and the future; Astrid’s gifts are promoted and her writing flourishes, but she also begins an intimate relationship with him.

When Astrid becomes pregnant, Blomberg can’t marry her. He’s already the father of seven and in the middle of a messy divorce. Unwilling to bring shame on her devoutly religious parents, Astrid leaves her life behind in order to care for herself and her son alone. This decision comes to transform her into one of the most inspiring women of our age, a young woman who, despite the expectations of her time, broke free from society's norms to follow her heart.