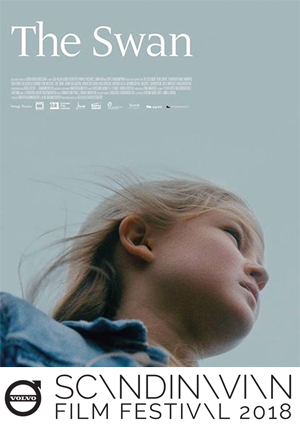 Adapted from the widely praised Icelandic novel The Swan by Guðbergur Bergsson, the story is inspired by a common, but fading Icelandic practice - sending a child to work on a farm, which was considered a test of independence.

In this coming-of-age drama, Sól (astonishingly performed by Gríma Valsdóttir) represents a free-spirited young soul that is exiled from her natural seaside environment at the most critical stage of her youth. Sent to live with distant relatives, she finds herself instead trapped in an immense, wild and uninviting landscape that makes her feel more isolated than ever. Gradually she comprehends that her uncle and aunt's gruff manner isn't ill will. The animals charm her, and she befriends a young Icelandic worker, but when the farmer’s daughter returns home from college, Sól comes to realise that the adult world she’s so imminently entering is more complicated and callous than she could have ever imagined.

Told from Sól's perspective - and fusing her realisations with haunting dreams and myths - The Swan is the sometimes troubling and always affecting tale of a child's growth that also indirectly charts a nation’s maturation.