SCA19 The Girl With The Dragon Tattoo 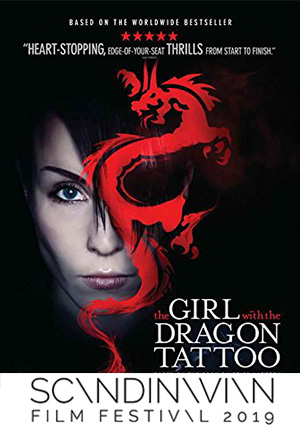 Garnering worldwide awards and acclaim equal to that of the book, in this first cinematic chapter we are introduced to Michael Nyqvist as the disgraced financial journalist Mikael Blomkvist, and Noomi Rapace as Lisbeth Salander, the tattooed computer hacker with a photographic memory. Employed to investigate the disappearance of a member of the powerful Vanger clan, the pair’s increasingly dangerous quest leads them to uncover links to a number of decades-old grotesque murders, and a dark and appalling family history.

WINNER: Best Film Not in the English Language, BAFTA Awards, 2009