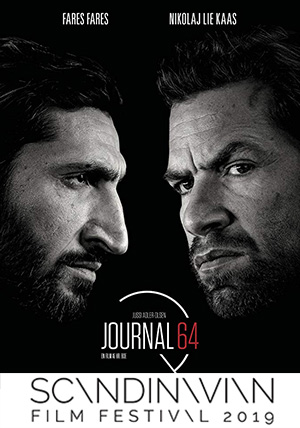 SCA19 The Purity of Vengeance

Boasting the biggest opening ever for a Danish film at the local box office, this is the stylish and chilling final instalment in the Nordic-noir Department Q series, based on the novels by Jussi Adler-Olsen.

In an old seemingly abandoned apartment in Copenhagen, construction workers make a shocking and gruesome discovery. Behind a wall, three mummified bodies are seated around a dining table, as a fourth chair lies vacant. Investigators Carl Mørck and Assad (Nikolaj Lie Kaas and Fares Fares) from Department Q embark on a race against time to identify the bodies and also find out who the free space at the table might be intended for. Their search will bring them to a notorious women’s hospital on the island of Sprogø where they discover what was thought to be a closed chapter of the past may still be an open book.

After his captivating award-winning debut feature Reconstruction (2003) acclaimed director Christoffer Boe reunites with actor Lie Kass to achieve nothing short of an engrossing finale which has been widely heralded as the best of the series.

Please note the film will screen in Danish with English Subtitles