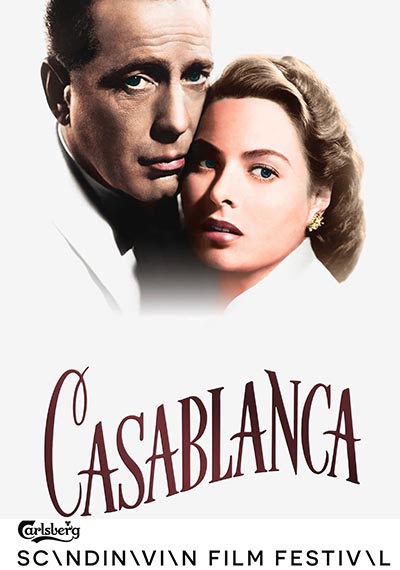 Often regarded as one of the most influential screen figures in cinematic history, Ingrid Bergman delivers a career -defining performance beside Humphrey Bogart in this Hollywood masterpiece that is celebrating its 80th Anniversary this year.

An emotionally charged romance acclaimed for its snappy dialogue and set against the tumultuous backdrop of World War II, Casablanca tells the story of Rick Blaine, the cynical American proprietor of Rick’s Café Americain in French Morocco. When Rick discovers his old flame Ilsa Lund (Ingrid Bergman) is in town with her husband, Victor Laszlo (Paul Henreid), he is faced with a difficult decision about whether to help his former lover and her fugitive husband escape the country.

"The performances of the actors are all of the first order, but especially those of Mr. Bogart and Miss Bergman in the leading roles. … Miss Bergman is surpassingly lovely, crisp and natural."