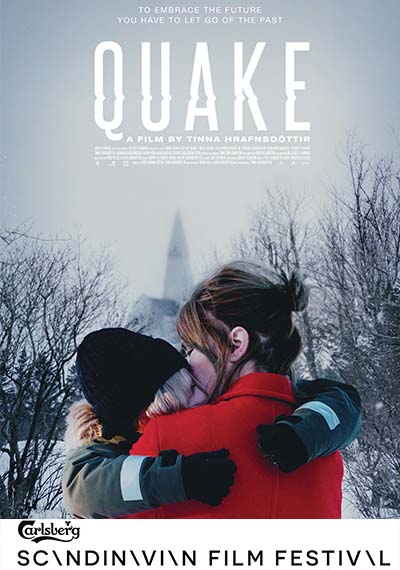 Starring Anita Briem (The Tudors, The Minister) and Edda Björgvinsdóttir (Under the Tree, The Valhalla Murders), Quake is an absorbing psychological-mystery drama.

It is winter in Reykjavík and Saga (Briem), a single mother in her late thirties, is hit by a fierce epileptic attack while walking in a park with her six-year-old son, resulting in total memory loss. Afraid of being considered unable to take care of her son, Saga attempts to hide her state from others and occupies herself seeking answers from within.

As she struggles to gather bits and pieces from her forgotten life, repressed memories that Saga unconsciously blocked as a child suddenly flood back, revealing a painful truth about herself and her past.

Adapted from the best-selling book Quake: A Novel by Audur Jonsdóttir, the debut feature of writer-director Tinna Hrafnsdóttir (Margrete - Queen of the North, Valhalla Murders, The Minister) Quake is a shocking and revelatory exploration of the blurred lines between fact and fiction, reality and imagination, and where mother ends and child begins.