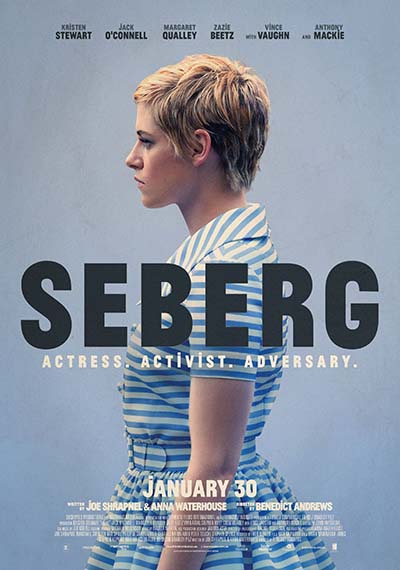 Inspired by true events, SEBERG tells the story of Breathless star and darling of the French New Wave Jean Seberg, who in the late 1960s was targeted by the illegal FBI surveillance program COINTELPRO. Seberg’s political and romantic involvement with civil rights activist Hakim Jamal made her a target of the FBI’s ruthless attempts to disrupt, discredit and expose the Black Power movement. An ambitious young FBI agent, Jack Solomon, is assigned to watch her, only to find his fate dangerously interwoven with her own.