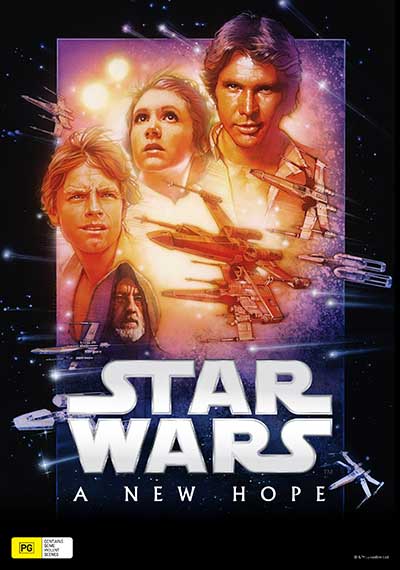 Luke Skywalker begins a journey that will change the galaxy in Star Wars: Episode IV - A New Hope. Nineteen years after the formation of the Empire, Luke is thrust into the struggle of the Rebel Alliance when he meets Obi-Wan Kenobi, who has lived for years in seclusion on the desert planet of Tatooine. Obi-Wan begins Luke’s Jedi training as Luke joins him on a daring mission to rescue the beautiful Rebel leader Princess Leia from the clutches of Darth Vader and the evil Empire.

"Lucas fills his screen with loving touches... Seeing the film the first time, I was swept away, and have remained swept ever since."

"Star Wars remains one of the most memorable and glorious fantasies ever made."

"A magnificent film. George Lucas set out to make the biggest possible adventure fantasy out of his memories of serials and older action epics, and he succeeded brilliantly."