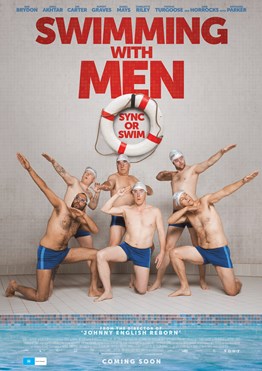 Rob Brydon stars alongside a talented British cast in this comedy that tips its (swimming) cap at beloved British comedies such as The Full Monty and Calendar Girls. Inspired by the Dylan Williams 2010 documentary, Men Who Swim, SWIMMING WITH MEN tells the story of a man (Brydon) who is suffering a mid-life crisis and eventually finds new meaning to his life as part of an all-male, middle-aged, amateur synchronised swimming team. Together they make a bid to compete at the unofficial Male Sync-Swimming World Championships, and no doubt a shot at personal redemption along the way.