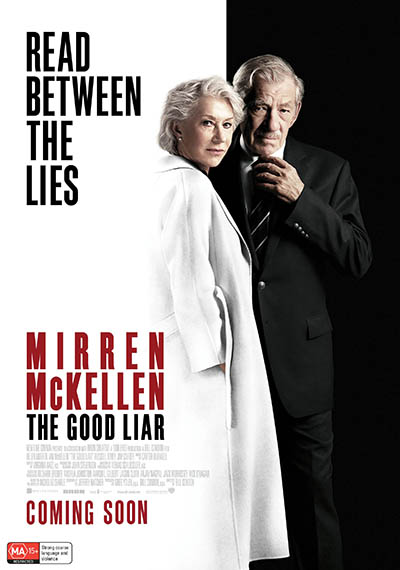 “The Good Liar” pairs Oscar winner Helen Mirren (“The Queen”) and two-time Oscar nominee Ian McKellen (“Lord of the Rings: The Fellowship of the Ring,” “Gods and Monsters”) on the big screen for the first time.

Career con artist Roy Courtnay (McKellen) can hardly believe his luck when he meets well-to-do widow Betty McLeish (Mirren) online. As Betty opens her home and life to him, Roy is surprised to find himself caring about her, turning what should be a cut-and-dry swindle into the most treacherous tightrope walk of his life.

Directed and produced by Bill Condon, the Oscar-winning screenwriter of “Gods and Monsters,” the film is based on the widely acclaimed novel by Nicholas Searle.