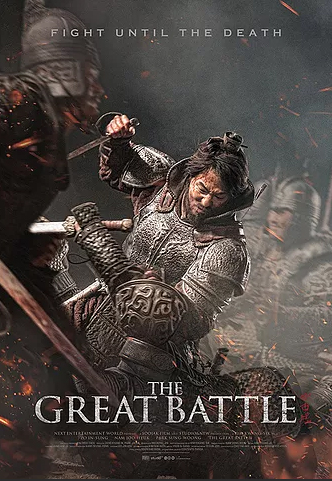 THE GREAT BATTLE tells the true story of General Yang Man Chun and other soldiers who fought and defended the Ansi Fortress for 88 days against 500,000 invadors of the Tang Dynasty.

In 645AD, the Tang Dynasty’s emperor Li starts his invasion into Goguryeo, one of the ancient kingdoms of Korea. One victory after another, the Tang army marches into Ansi, protected by General Yang, the lord of the fortress. Abandoned by his country and outnumbered by thousands, the brave general gathers his men and women to fight the Tang army on his own.