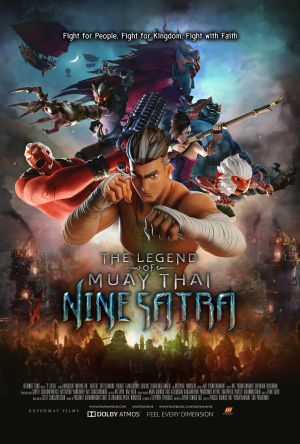 ‘Nine Satra’ is an animated action fantasy which follows the adventures of a young man named Ott, whose destiny it is to save his home-land of Ramathep from the devil power of Dehayaksa. Legend says that only one man that can use Ramthep's most ancient weapon, a mythical stone that represents the spirit of Muay Thai. Along with his friends Xiaolan (a pirate Chinese girl), Vata, (Prince of Monkey Kingdom), and Red Asura ( Red big giant) Ott sets out to deliver ‘Nine Satra’ to Ramathep’s heir, to save the kingdom and release its people from the dark power.