The Living Daylights + Licence to Kill 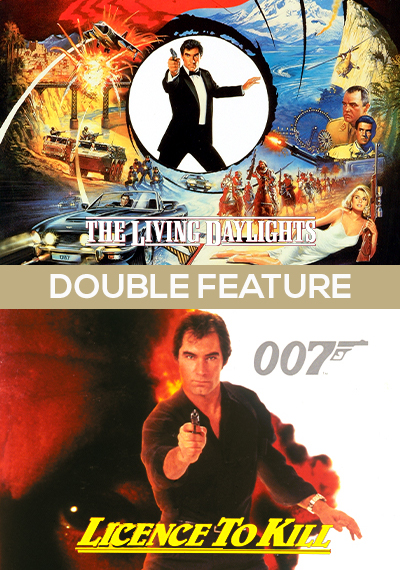 THE LIVING DAYLIGHTS - 1987
The first part of The 007 Dalton Double sees James Bond sent to investigate a KGB policy to kill all enemy spies and uncovers an arms deal that potentially has major global ramifications.

LICENCE TO KILL - 1989
Dalton in his final appearance as Bond has a licence to thrill, spill and kill in this Bond Miami Vice mash up. After capturing a drug lord, Felix Leiter is left for dead and his wife is murdered. James Bond goes rogue and seeks vengeance on those responsible, as he infiltrates an organisation posing as a hitman.