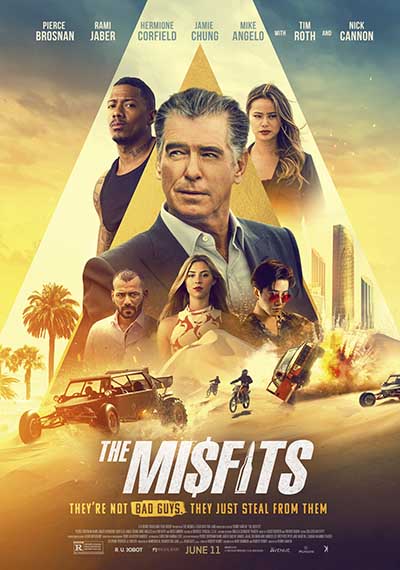 Richard Pace (Pierce Brosnan) is a thief, plain and simple. And while he prides himself on only stealing from those who have insurance so that nobody gets hurt, he has caused hurt in his own life. His wife has left him, his daughter resents him, and to add insult to injury, he has a tendency to get caught. But he’s also quite adept at breaking out of prison, particularly privatized prisons built and run by a man named Schultz (Tim Roth). When we meet Pace, he is once again breaking out of one of Schultz’s prisons, only this time he’s not only on Schultz’s radar, but on that of a band of modern-day Robin Hoods who go by the name The Misfits.