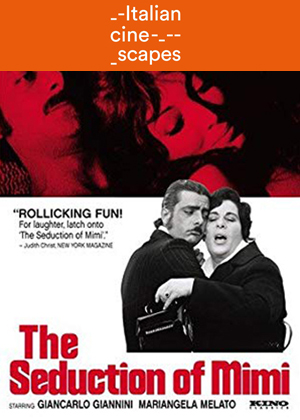 Mimi (Giancarlo Giannini) is a Sicilian dockworker who inadvertently becomes embroiled in an increasingly complicated array of personal conflicts. When he loses his job after voting against a Mafia kingpin in an allegedly secret election, Mimi leaves his wife to find new work. He moves to Turin, where he engages in an affair with a Communist organizer. Soon Mimi finds himself juggling two demanding relationships while plotting to take revenge against the corrupt forces that ruined his life.