The World is Not Enough + Die Another Day 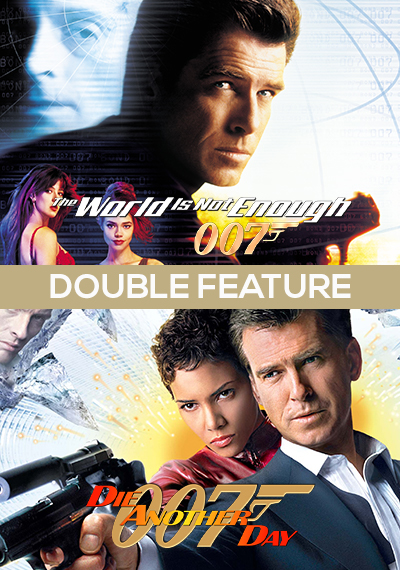 THE WORLD IS NOT ENOUGH – 1999
James Bond uncovers a nuclear plot while protecting an oil heiress from her former kidnapper, an international terrorist who can't feel pain, played by Robert Carlyle.

DIE ANOTHER DAY – 2002
The final Brosnan Bond follows the agent as he is sent to investigate the connection between a North Korean terrorist and a diamond mogul, who is funding the development of an international space weapon. Watch out for the Madonna cameo.