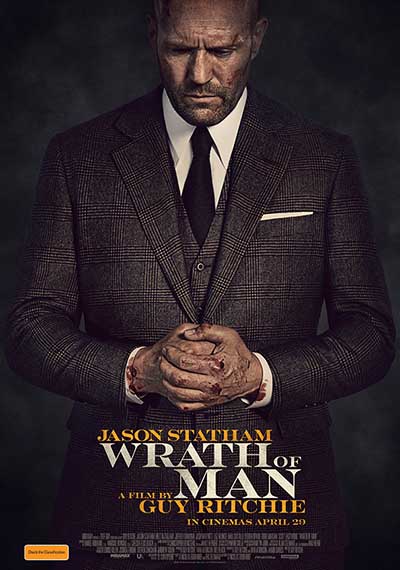 Together, their early films redefined the action movie genre. Now, for the first time in more than 15 years, superstar Jason Statham and visionary director Guy Ritchie team up for the explosive revenge thriller WRATH OF MAN.

After a deadly ambush on one of its armored cars, Los Angeles-based Fortico Securities hires a mysterious new employee, Patrick Hill (Statham), who becomes known simply as “H.” As he learns the ropes from partner Bullet (Holt McCallany), H initially appears to be a quiet, keepyour-head down type simply there to do a job and earn a living. But when he and Bullet become the targets of an attempted robbery, H’s formidable skills are revealed. Not only is he an expert marksman who’s equally adept at hand-to-hand combat, but H is also fearless, ruthless and lethal.

In truth, H is an undercover crime boss desperately searching for a way to avenge the murder of his beloved son. His quest takes an expected turn when a cadre of ex-military men, led by the clever, calculating Jackson (Jeffrey Donovan), plots a once-in-a-lifetime heist that will bring them a windfall of millions. What they fail to realize is that the high-stakes job will also set them on a
violent collision course with the wrathful H.