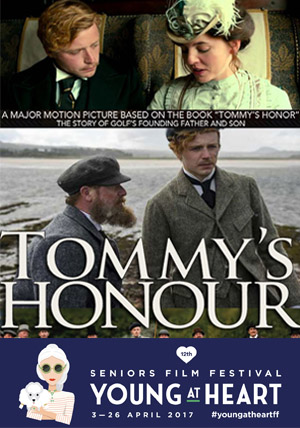 A captivating period drama about a strained relationship between father and son, Jason Connery’s enthralling film is set against the fascinating backdrop of the early days of professional golf. Scottish acting legend Peter Mullan is perfectly cast as the ordered and loyal Old Tom Morris, the man who helped set up the Open Championship and went on to win it four times. He would become greenkeeper at the Royal and Ancient Club at St Andrews, where he hoped his son Tommy would follow in his respectful footsteps. However, Young Tommy (Jack Lowden) has plans of his own, and sets out to become the ‘dashing young man of golf’, challenging traditions, drawing spectators and becoming golf’s first touring pro.