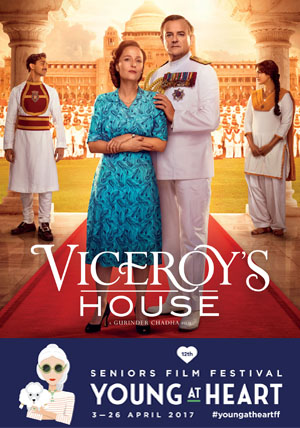 Viceroy’s House tells the true story of the final months of British rule in India. For 6 months in 1947 Lord Mountbatten, the great-grandson of Queen Victoria assumed the post of the last Viceroy, charged with handing India back to its people. In the great house, upstairs the Mountbattens grapple with the enormity of the task at hand; downstairs 500 Hindu, Muslim and Sikh servants find themselves unexpectedly caught in the middle of cultural conflict when India’s political elite converge on the house, each staking a claim for power in this newly independent nation. A film both epic and intimate, about the untold story of the end of an empire and the birth of two nations.