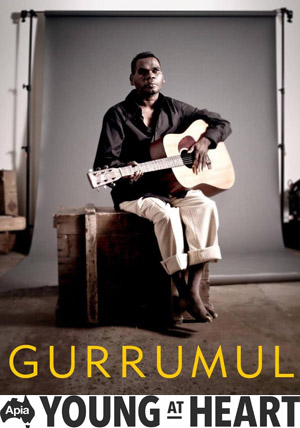 A soaring, evocative audio-visual journey into the life, culture and landscapes of one of Australia’s most beloved singers – Geoffrey Gurrumul Yunupingu.

Blind from birth, he found his identity through song and the haunting voice that has already become legend. His debut album introduced Australia to the Songlines and culture of his Elcho Island community, but he found himself increasingly torn between city and country, present and past, self and the community to which he owed so much. Co-produced by Gurrumul himself, the film uses the tools of his music – chord, melody, song – and the sounds of the land to craft an audio-first cinematic experience of beauty and power.