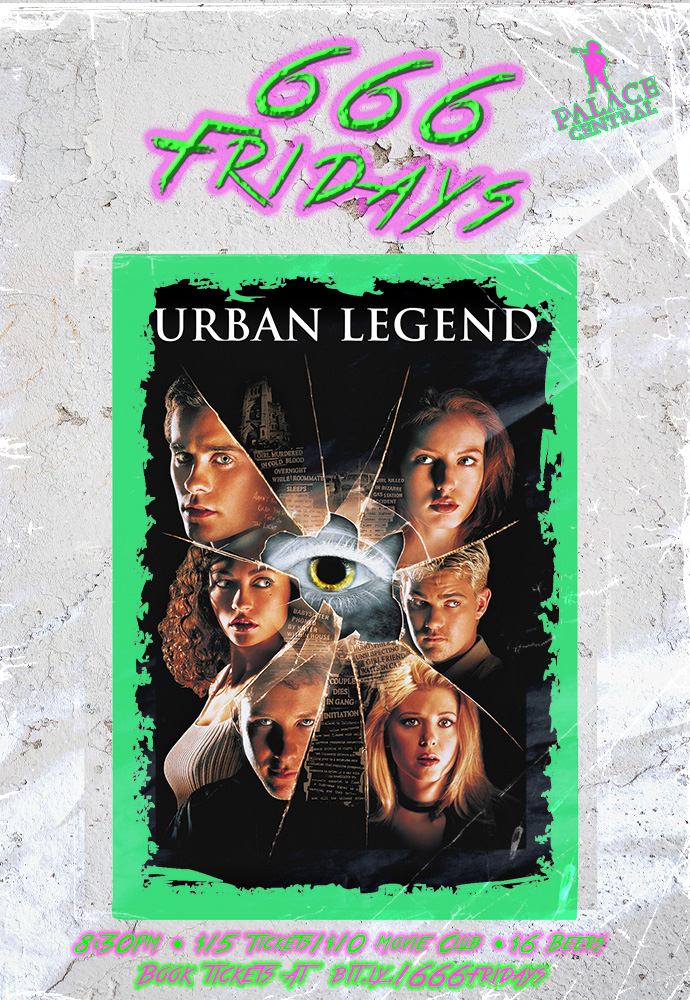 Jared Leto, Tara Reid, Michael Rosenbaum and Alicia Witt lead an ensemble cast of '90s linchpins, as they are systematically picked off in scenarios resembling old wives' tales, in the 1998's smash hit, URBAN LEGEND. Screening March 15th, relive all your favourite tall tales as this slasher carves through the popular folklore of yesteryear, including "the killer in the back seat", "the hatchet man", "the ankle slasher under the car" and "the pop rocks and soda" myths as this group of college students attempt to uncover who's killing them off, one-by-one.