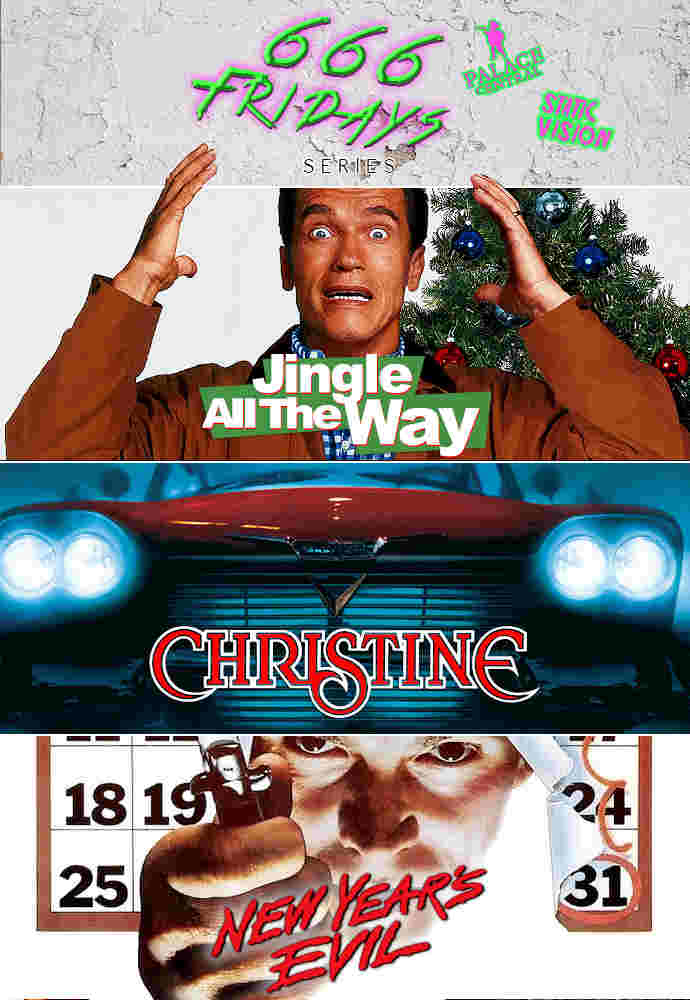 666: Jingle All The Way/Christine/New Year's Evil

In Jingle All The Way, workaholic Howard Langston (Arnold Schwarzenegger) wants to make things up to his son, Jamie (Jake Lloyd), and wife, Liz (Rita Wilson). He promises to get Jamie the hottest toy of the season, Turbo-Man, even though it's Christmas Eve and the toy is practically sold out. As Langston hunts down the elusive gift, he runs into mailman Myron (Sinbad), another father on the same quest. With the clock winding down, Langston's moral code is tested as he starts to learn the real meaning of Christmas.

In Christine, unpopular nerd Arnie Cunningham (Keith Gordon) buys a 1958 Plymouth Fury, which he names Christine. Arnie develops an unhealthy obsession with the car, to the alarm of his jock friend, Dennis Guilder (John Stockwell). After bully Buddy Repperton (William Ostrander) defaces Christine, the auto restores itself to perfect condition and begins killing off Buddy and his friends.

In New Year's Evil, a Los Angeles disc jockey receives a phone call during a New Year's Eve celebration, stating that when New Year's strikes in each time zone, someone will be murdered - and she will be the last one.