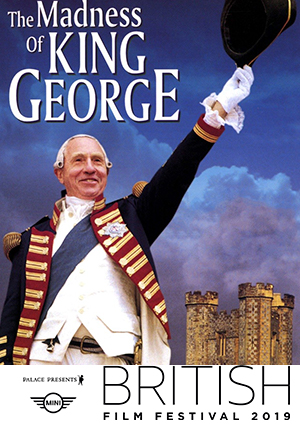 BFF19 The Madness of King George

Based on Alan Bennett's acclaimed play, The Madness of King George takes a dark-humoured look at the mental decline of King George III of Great Britain. As the monarch alternates between bouts of confusion and near-violent outbursts of temper, his helpless doctors attempt the ineffectual cures of the time. Meanwhile, the Prince of Wales plots to take the throne from the increasingly unpopular King, whom many blame for the loss of the colonies, now The United States. However, the prime minister and his wife Queen Charlotte (Helen Mirren) are determined to prevent such a betrayal.