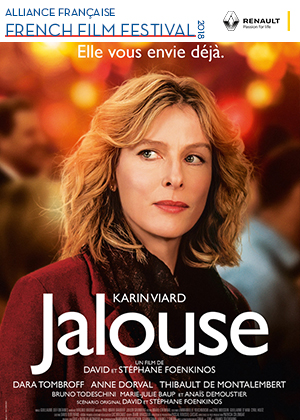 Following international veneration for their breakout debut,
Delicacy (AF FFF2011), directing and screenwriting brothers
David and Stéphane Foenkinos finally join creative forces
again for an acerbic and dark comedy about a complex
middle-class woman re-assessing her life.
Upon turning 50, divorced literature teacher Nathalie (Karin
Viard, The Bélier Family, AF FFF2015 and A Bun in the Oven AF
FFF2017) slowly devolves from an accomplished professional
and loving mother into an irritable, narcissistic and jealous
monster who detests the happiness and success of others
around her. Beginning with her strikingly beautiful dancer
daughter, Mathilde (played by debutant Dara Tombroff, a
former member of the Bordeaux Opera Ballet Company),
Nathalie’s noxious envy soon extends to include her friends,
colleagues and neighbours with far-reaching consequences.
Why has Nathalie’s life lost so much meaning that she is
now turning on others? Will she escape this hellish spiral
that appears beyond her control? The Foenkinos brothers
avoid neatly packaged answers to the many questions that
swirl around this conundrum and, in doing so, create a film
that never rests on cliché or lets its audience settle within a
comfort zone.