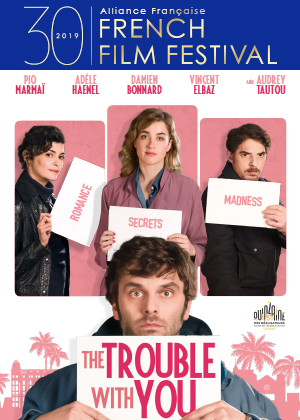 FFF19 The Trouble with You

One of the biggest audience hits of Cannes 2018 (where it premiered as the centerpiece of the Directors’ Fortnight section), this sparkling new screwball comedy from French cinema’s master of the genre Pierre Salvadori (Wild Target, Après Vous, Priceless) is an irresistible mix of laughs, action and romance.

A resounding critical and box office success in France, The Trouble With You is a rollicking, outrageously funny ride with a bit of a wild side. Strap yourself in before boarding!