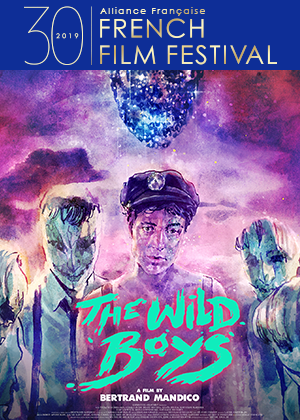 FFF19 The Wild Boys + The Night Eats the World

The Night Eats the World

On waking in his ex-girlfriend’s apartment following a raging party, Sam is horrified to discover that zombies have invaded the streets of Paris, and he is one of the lone survivors. Petrified, he barricades himself inside the building to survive. Can he bear the solitude or will he learn that he’s not alone after all?