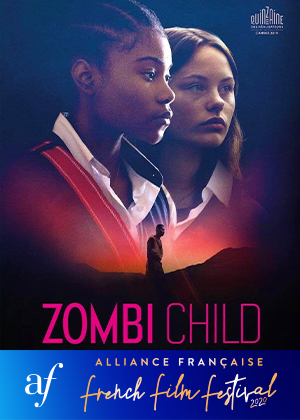 Two stories are knotted together across two countries in two different time periods, beginning with a character based on the real-life figure of Clairvius Narcisse (Mackenson Bijou). In the early ‘60s, he is zombified through a voudou ritual, which obliterates his identity and makes him easily exploitable as slave labour in the sugarcane fields.

Leaping ahead to the present day, we meet Mélissa (Wislanda Louimat), a Haitian student at an expensive French boarding school whose cultural background becomes a source of fascination to her friends, especially Fanny (Louise Labèque) who exploits Mélissa’s heritage with shocking results.

Experimenting with codes and conventions of horror cinema, Bonello plays with expectations about what a zombie film is and the result is far more intellectual than gory. Zombi Child is an exploration of political history unlike any other and sits atop the most innovative and provocative horror films made in recent years.

""With its unconventional narrative structure taking us a journey that’s as intellectually demanding as it is compelling.”"