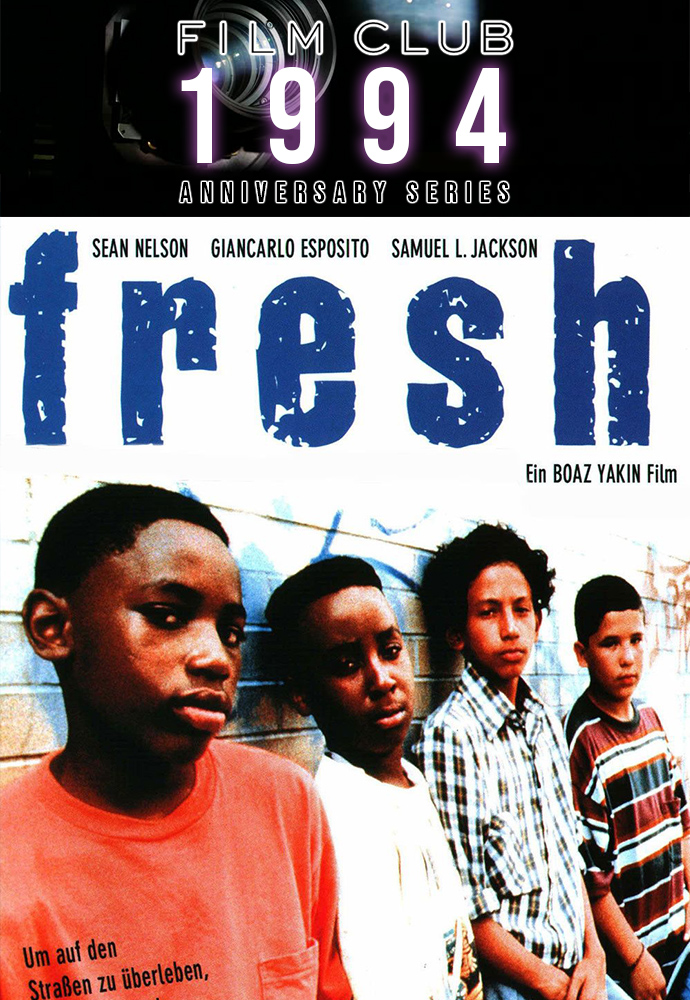 The titular character (played by Sean Nelson) of this powerful crime drama is a 12-year-old drug pusher who devises a plan to fatally pit his two employers against each other, thus saving himself and his drug-addicted sister from a life of violence and poverty. Both a coming-of-age story and a morality play set against the crack epidemic in NYC’s projects, Fresh pulls off a tricky blend of intricate revenge plot (with echoes of Akira Kurosawa’s Yojimbo) with hard-edged realism, and won both the Filmmakers trophy and a Special Acting Prize for Nelson’s extroardinary feature debut performance at 1994’s Sundance Film Festival. Written & directed by Boaz Yakin and starring co-starring Giancarlo Esposito, Samuel L. Jackson and N'Bushe Wright.