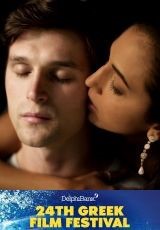 “A focused examination of a troubling human tragedy, breathing new life into the departed by exploring the unknowable.” The Reel Bits

An inevitable and frustratingly avoidable tragedy unfolds onscreen in filmmaker Sotiris Dounoukos’ debut feature, which comes based on Helen Garner’s book about the true crime story that shocked the nation.

October 1997: Law student Anu Singh killed her boyfriend Joe Cinque by spiking his coffee with Rohypnol and injecting him with a lethal dose of heroin. Unbelievably, she did so by hosting a dinner party at which all the guests, except Joe, knew of her ‘suicide pact’ and did nothing to stop her.