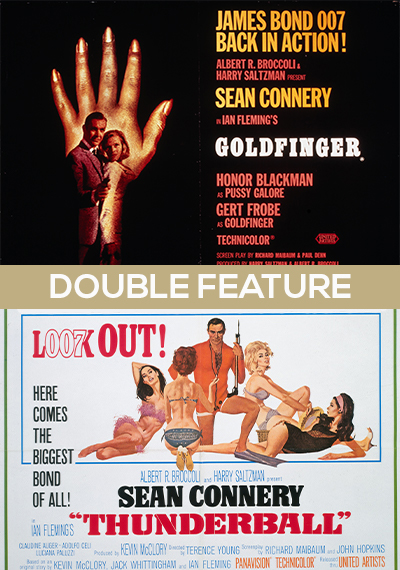 GOLDFINGER - 1964
What more can be said about this entry into the series, which is possibly the greatest example of James Bond on screen. The first film to be directed by long time series regular Guy Hamilton, we follow MI6 agent James Bond investigates a gold-smuggling ring run by businessman Auric Goldfinger. As he delves deeper into his activities, he uncovers a sinister plan to attack Fort Knox's gold reserves.

THUNDERBALL – 1965
Featuring the eternal battle of Bond vs Shark and jetpack, a SPECTRE agent steals two atomic bombs from a NATO plane. James Bond is assigned a mission to recover the warheads and put a stop to the evil plans of the criminal organisation.