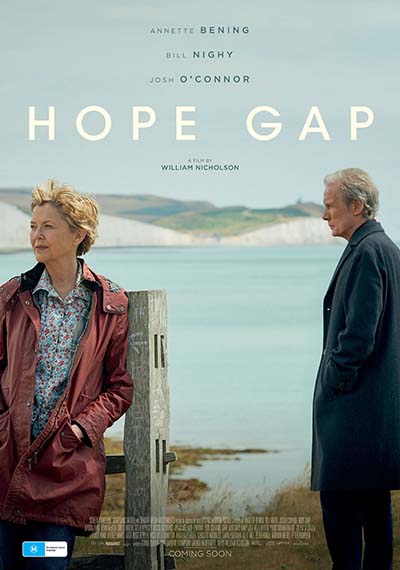 Grace (Annette Bening) and Edward (Bill Nighy) have been married thirty-three years. When their son Jamie (Josh O’Connor) comes home to visit them in the fading seaside town where he grew up. Edward tells him that he plans to leave Grace, the next day.

HOPE GAP tracks the unravelling of three lives, through stages of shock, disbelief and anger, to a resolution, of sorts. It’s tender, it’s funny and above all, true. There are no easy answers, no simple paths to redemption, but in the end, it is a story of survival. A story of hope.