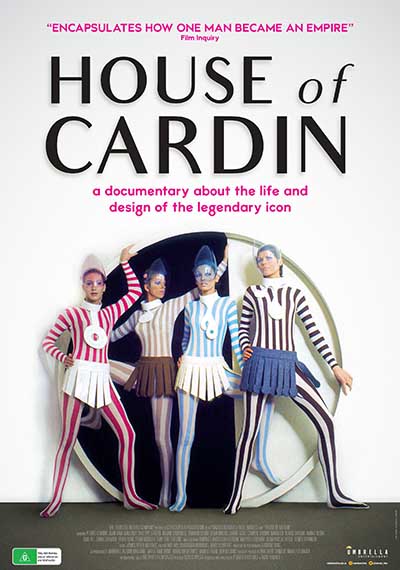 Millions know the iconic logo and ubiquitous signature, but few know the man behind the larger than life label. Ultimately, we seek to answer the question: Who is Pierre Cardin? What is the story behind this legendary icon?

House of Cardin is a rare peek into the mind of a genius, an authorized feature documentary chronicling the life and design of Pierre Cardin. A true original, Mr. Cardin has granted the directors exclusive access to his archives and his empire and unprecedented interviews at the sunset of a glorious career.