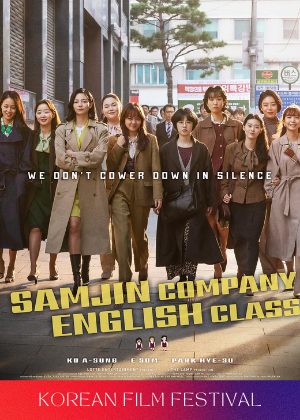 Abolish discrimination! If we score 600 in TOEIC, we can get promotions!
In mid ‘90s when sexual and academic discriminations were rampant, 3 young female office workers, ‘Ja-young’, ‘Yu-nah’, ‘Bo-ram’, are shunned by their company and are only given insignificant chores due to the fact that they only have high school diplomas. When a company-wide memo goes around announcing that obtaining 600 score in TOEIC could earn them a promotion, the trio and other high school grad female office workers enrol in English classes in hope of finally advancing their careers. One day, Ja-young is sent to a factory in the country on an errand and by chance witnesses its waste water being poured into the river. She’s convinced that the company is into shady dealings, and together with her 2 friends, they go on a hunt to find irrefutable evidence but they’re on the verge of getting fired by the company trying to cover up the corruption. When the rumour of the trio’s renegade action goes around, they are completely shunned by everyone there. But the female workers from the English class combine forces to push this case into a new chapter.