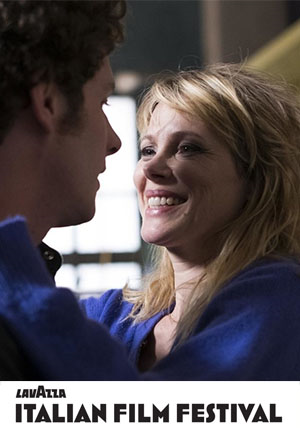 LIFF18 We'll Be Young and Beautiful

Letizia Lamartire makes her directorial debut with this Venice Film Festival-selected portrait of a flash-in-the-pan 90s pop-star who now makes her living performing with her talented teenage son in bars and restaurants.

Effervescent, beautiful and flighty, Isabella (Barbora Bobulova, star of 2004’s The Spectator and 2005 Ferzan Ozpetek drama Sacred Heart) gets by performing her one hit “Tick Tock” nightly at local bar the ‘Big Star,’ as a duo with her 17-year-old son Bruno. They’re great partners on stage and friends with a relationship that seems untouchable. But Bruno is growing up fast. He’s a gifted musician and their 3-night-a-week performances aren’t drawing crowds like they used to.

The golden cage he’s been living in with his mother is starting to look small and when Bruno is offered a spot in a band fronted by edgy young musician Arianna, he quickly rises to the challenge. We’ll Be Young and Beautiful explores balancing the bonds of family with stretching your wings.