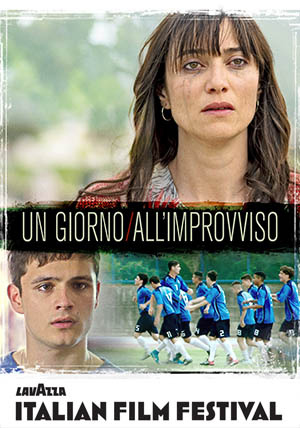 LIFF19 If Life Gives You Lemons

A boy torn between his bond with his troubled mother and his desire to break free and be his own person is the subject of this intimately effective drama which premiered at the Venice International Film Festival.
Antonio is seventeen years old and has a dream: to be a footballer in a great team. His mother Miriam is a kind but scarred from her failed relationship with his father. Antonio loves her more than any other person in the world, but her instability is starting to harm his opportunities. Together they run a small lemon orchard in a southern village, but there are huge changes looming in Antonio’s life that may compromise his ability to keep being his mother’s rock.
Lead by the young and charismatic Giampiero De Concilio, who plays his part with painful authenticity, this moving coming-of-age drama marks him as an actor to watch.